Have passwords had their day? Is there now a safer way to protect our access on the myriad of different sites that we use on a daily basis? It would appear the powers that be at Google believe so, in an article on wired.co.uk Google outlines a couple of methods they are looking at to replace passwords and on the surface they seem like a good idea, obviously there will be issues to be ironed out, what happens if its lost? How quickly can access be restored? What if the device is stolen? But we assume that will be taken care of before any launch. On the other side of the coin It may cut down on the amount of phishing emails sent out, leaving our inboxes free from scam after scam. It should also remove the need for complex passwords so no more SaY67$.Kod just simple, easy to remember passwords. We feel something has to be done, and Google appears to be heading in the right direction in our opinion.

Let us know your opinions

The first brand new website of McKenna Web Design’s new venture went live this evening with the publication of Glasgow Mobile Locksmith Company Anderson Locksmiths brand new website,http://www.andersonlocksmiths.co.uk  Owner of the Client, Craig Anderson was delighted with the new site saying “I love it, it’s exactly what I was looking for and the price was very competitive”. Anderson Locksmith’s have also signed a Maintenance deal with McKenna to make sure their site is fully kept up to date and streamlined. Always good to have a happy client, especially your first as a fully fledged business 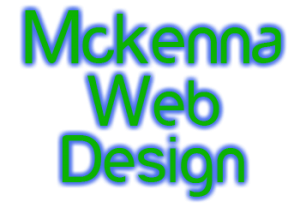 We are delighted to announce that FireSec Electrical Ltd have become the latest member of the McKenna Web Design family. Firesec Electrical are based in Birmingham and we look forward to working with them on the set up of their brand new website over the coming weeks 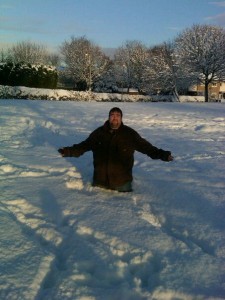 Snowed under with all sorts

This week has been a crash course in a number of different aspects. The week started with the decision to become a member of the Microsoft Partner Network, allowing us to offer Microsoft cloud based products such as Office 365 to our clients. This came with a plethora of paperwork and powerpoint presentations to wade through, and this was the start of what essentially became a week of reading. From the Business Gateway Seminars on Business Finance, VAT and Tax, to the Google Fundamentals exam prep, which allows us to find the best way to utilise your Ad-Words Campaigns therefore getting any potential client the best possible return for their cash.  In between all this the holding page for our new client Anderson Locksmiths was put in place. Just something informing visitors to the site that the site is coming soon with an emergency contact number just incase. I’m ending the week now with a bash at using Sage Accounting software which is sure to be wonderful. Thanks for listening to my ramblings on my weekly update and I look forward to speaking to you soon

Well, its finished, the first week of live operation. A lot of preparation went into getting everything set up for the initial launch, there were Business Plans, 3 Year projections, a website to build, tax forms, meetings with the brilliant Paul Hunter at Business Gateway, who’s help has been first class, Bank Accounts to set up, the list seemed endless when I started this process at the beginning of November, but finally on the 4th of December 2012 McKenna Web Design opened it’s doors to new business. I initially planned to start at 9am however I was messaged by a potential client at half 8 and before 9am we had our first new client, Anderson Locksmith’s from Glasgow, what a start!. The rest of the week has been about fine tuning things and attending seminars, a few sales calls have been made and a google adwords advertising campaign launched, but as quickly as the week began it has ended. Next week will see the start of the sales calls to get the business name out there but remember if your looking for any of the services we offer, just give me a txt, call, email or even facebook message and i’ll get back to you as soon as I can.

McKenna Web Design are delighted to announce that Glasgow locksmith company Anderson Locksmiths have chosen us to design their new site. As well as designing the site they have asked us to carry out search engine optimisation of the site in order for it to try and muscle in on the google organic search listings. We look forward to working with proprietor Craig Anderson and delivering a site which he is happy with